On July 16, I had another lesson with Michael at his church. I had made some recordings the night before and knew that I was not as far as long as I had wanted to be going into my lesson. I attempted to cram in extra practice that night, however that didn’t improve me enough to get a passing mark on anything at my lesson. 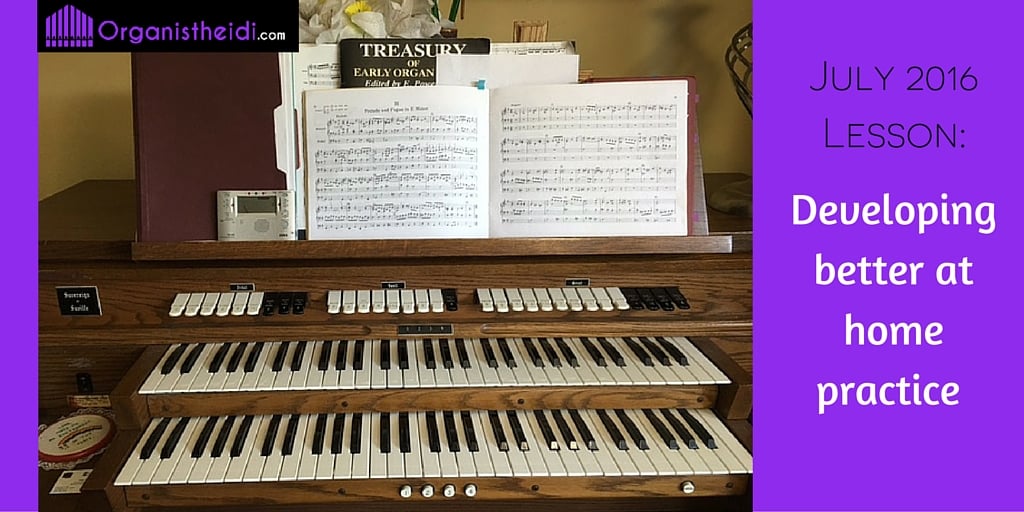 I still do not have it right!

I still do not have the syncopation correct in “Lo, He Comes with Clouds Descending.” I feel a bit crazy knowing that once again I spent 5 weeks (the time since my previous lesson), practicing it incorrectly! I managed to not cry during my lesson. I am frustrated, but I also want to get it right. This one has been on my assignment list for over a year now!!!!!!!!!

We did the clapping and singing exercises again at this lesson that we did at my previous lesson. I need to do more of that at home. I was good at it the first week or so after my last lesson, but really didn’t make it a habit. And now, Michael says I need to emphasizing the right beats when playing. I suppose it is good that he gave me something new to figure out! Michael played it for me at the end of my lesson and I recorded it to have as a guide.

My next lesson will be sometime in September. It has been easy for me to revert back into old habits a week or so after my lesson.

While I was driving home from the lesson, I got the idea to make a list that I can keep at the organ to help me have better practice sessions. This list will remind of all the things Michael has told me to do at home.

Seeing the list when I practice, will help me make these things a habit and better at home practice. Hopefully, this will lead to improved playing at a faster rate than what I have achieved previously.